We hope that you’ve been having a great summer. We’re recently partnered with the Japanese HAKUSENSHA, Inc. to bring you four new series: “Asobi Asobase”, “Panagia's Territory”, “Castration: Rebirth”, and “It Takes More than a Pretty Face to Fall in Love”. We’ll start releasing these four series on our online reader this month!

If you’re in the mood for some lighthearted fun, “Asobi Asobase” is a playful and surreal look at a student club at an all-girls school. Also look out for “It Takes More than a Pretty Face to Fall in Love”, a fun and fresh high school romcom!

For something darker, “Panagia's Territory” drops you into a suspense-filled fantastical murder mystery. If you’re in the mood for a fast-moving thriller, “Castration: Rebirth” is a bloody story of revenge and longing set in a dystopic parallel universe.

“Panagia's Territory”, “Castration: Rebirth”, and “It Takes More than a Pretty Face to Fall in Love” are all launching with the first three chapters. We will release a new chapter every week for these series until we catch up with the Japanese release!

Stay tuned! We have more super exciting announcements on the way!

(pssst... if you haven’t already, join our Discord community! Not only are we fun to hang out with, we message there when chapters are FREE to read!) 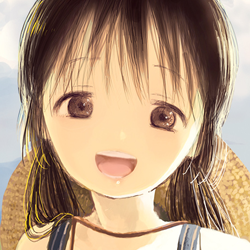 Kasumi is a girl that hates playing games and is struggling with her low English grades. However, her fate is about to take a playful turn thanks to her colleagues: the airheaded Kasumi and the "overseas" transfer student Olivia! Will these three girls play a lot of different games together? Absolutely yes! Will Kasumi English grades improve at all? Absolutely n... well, that remains to be seen. 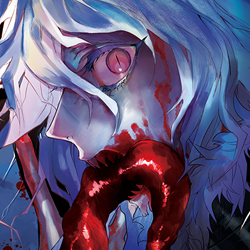 Zoas are monstrous beasts who disguise themselves and live amongst the humans. They were once feared for their physical talent and hideous form, but now, they are the hunted. Randa, a single mother who concealed her identity as a Zoa, has now been caught in a mass murder case suspected to be the work of a sinister Zoa… 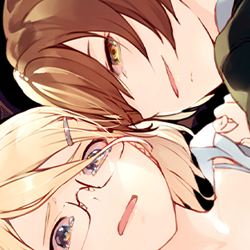 Anezaki Satoru had a precious childhood friend, Ichinose Yuna, who was killed by a gang of rapists. Blinded by rage and thirst for revenge, Satoru gruesomely murdered 15 rapists and cut off their genitals, for which he was sentenced to capital punishment. After his death, Satoru regains consciousness in another world where all men have become mindless beasts. Finding himself lost in this world, he meets some of the struggling survivors fighting the hordes of beasts. What he learns is shocking... Yuna is apparently still alive in this world! Satoru chooses to join the fight in order to find his precious friend. 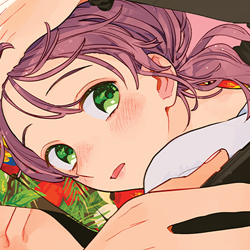 It Takes More than a Pretty Face to Fall in Love

Sana Chiken loves good-looking guys more than anything. After enrolling at Minowa General Highschool in hopes of meeting her ideal man, she finds Udo Kanato, a man blessed with looks from the gods themselves. However, she quickly finds herself in a predicament! Due to skipping too many classes, Udo is set to be expelled! Unless she can help leverage his good looks and get the school's social media account to 100000 followers, Sana's dreamboat will disappear from her life forever. The story follows the pair and their changing relationship as they try to prevent Udo's expulsion.