Now Available: “I Think I'll Cheat to Become a Spellsword in Another World,” “Fenrir,” “Goodbye, Eden,” and More!

We’re so excited to announce that “From Overshadowed to Overpowered: Second Reincarnation of a Talentless Sage,” “I Think I'll Cheat to Become a Spellsword in Another World,” “The Unrivaled Reincarnated Sage of Another World ~The Strongest in Another World Through Game Knowledges~”—and so many more titles from Square Enix are now available to read on our website and mobile app! Check them out: 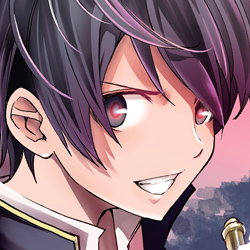 From Overshadowed to Overpowered: Second Reincarnation of a Talentless Sage

The Sage of Wind, Ephtal, is a reincarnated human, coming from modern Earth. Reincarnated in a world where magic is real, he decided to devote the entirety of his life to the pursuit of magic. Despite his efforts though, in the end, he discovers that he is absolutely talentless at magic. Consumed with despair, he takes his last breath in stride. However, this is NOT the end for him! The talentless sage is reincarnated once again, still bearing the name Ephtal four centuries later. Having retained his knowledge and power, he steels his resolve and once again sets his sights on the pinnacle of magic! 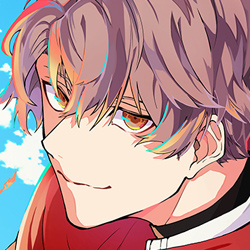 I Think I'll Cheat to Become a Spellsword in Another World

Suzumiya Kaede has little to look forward to in life aside from online gaming, and even that's slipping away from him. After a three-day-long MMO bender, he passes out and finds himself waking up in an entirely foreign fantasy world full of monsters and magic. He already has the knowledge needed to become the best spellsword in this new world. In other words, Kaede is totally going to cheat his way to the top! 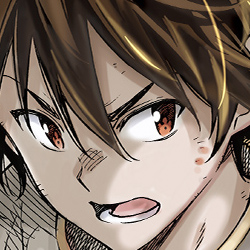 Due to an unfortunate death, a young man reincarnates under the name Eld in a world very similar to the VRMMO that he played before his passing. However, his new life in this world does not start off very easily. The fourth son of lower nobility, Eld is treated like he doesn’t exist, and is basically kicked out of his home at the age of fifteen. Since he retained all of his memories of the game, he is easily able to level up! Thus starts his quest to become the strongest sage of this new world! 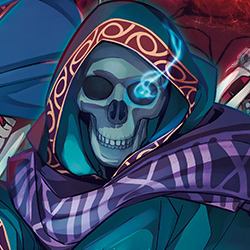 The Sage Dwight along with the Hero defeated the Demon Lord who plunged the world into darkness, in the hopes of achieving world peace. However, they were falsely accused of becoming the next Demon Lords because of their tremendous powers, and were thrown to the Death Valley to die…

Although his flesh had rotten away, Dwight’s conscious soul still inhabits the skeletal remains of his body, due to the crushing weight of the grudge he carries for his executioners. Dwight has vowed to turn against that broken world, with a power that surpasses even the former Demon King, and an army of countless Skeletons he's going to start an all-out war! 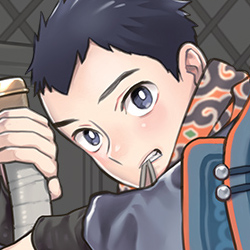 Somewhere among the violent and chaotic grasslands of 12th century Mongolia lives a boy named Temujin. On the night before his village is to be raided by a powerful army, he decides to scour the surrounding lands for supplies. In an unfortunate twist of fate, he almost drowns under the night sky, only to be saved by a beautiful, mysterious woman. The catch? He has to promise himself to her in order to gain the knowledge he needs to lead his people, even though he is already engaged to another...

In the middle of a long war, scientists invented a drug that transforms the fear of death into pleasure, making it possible for school girls to fight alongside men. In this world of death, drugs, and rampant sex, one girl still dreams of true love. Will she find her romantic, happy ending?


Download our mobile app now via the App Store, and the Google Play store, and start reading today!

And stay tuned for next week’s new releases, coming soon!